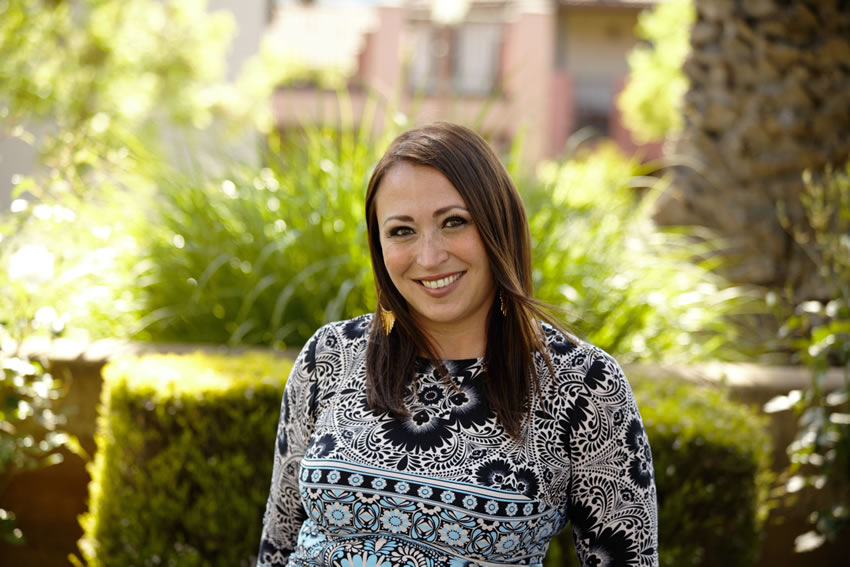 Born in Southern Illinois and raised in Cape Girardeau, Missouri, Beth grew up with a splash of wine at the dinner table, later advancing deeper into the rabbit hole in college while serving and bartending in fine dining establishments: Celebrations Restaurant and Saffron Bistro, both recognized by Wine Spectator and Food & Wine.

After graduating from Southern Illinois University, Carbondale, with a bachelors’ degree in Fashion Design & Merchandising, Beth accepted freelance design projects while working as a pattern maker for Hart, Schaffner & Marx in Cape Girardeau until it shuttered in 2008. It was soon thereafter that the opportunity to professionally revisit the wine industry manifested as Beth became a member of the opening staff of PrimoVino: a Napa-focused wine bar and retail space that boasts 500+ labels. PrimoVino became the lily pad that would eventually propel her to leap from Cape Girardeau to Napa Valley. She interviewed in June 2012 and arrived in the Valley a month to the day later, on the 4th of July.

Beth has come full circle after beginning her Napa Valley career at Silver Trident Winery’s Yountville neighbor, Somerston Wine Company in 2012, followed by Laird Family Estate, Gamble Family Vineyards, and then wholesale representation for a trio of domestic and international portfolios throughout the Bay Area before landing at Silver Trident Winery in 2016. A former competitive martial artist and dancer, Beth is also a seasoned Yoga instructor with an emphasis on Vinyasa, Restorative and Yin disciplines. She joined the Silver Trident team in April of 2016 as Guest Relations Coordinator and has since added an Art Curatorship role to her portfolio. She calls Yountville her personal and professional home and is currently pursuing her Sommelier certification through The Court of Master Sommeliers. Beth loves to travel and can most often be found eating and drinking her way through the Valley, grooving at rock shows and cruising though Yountville in her vintage golf cart.